Construction of social housing in Brazil, through a collective loan to a photovoltaic plant in operation in Teruel (Spain).

Collective loan to a photovoltaic plant in operation in Teruel (Spain). The loan is guaranteed by the pledge of the power sale contract to the energy distribution company.

The funds will be used, by the owners of the plant, for the construction of social housing in Brazil, within the state program "Minha casa, minha vida".

SEGORSOLAR SL is the owner of a photovoltaic plant of 99 KWp in Cella (Teruel) which has been in operation since 2008. The company has requested a collective loan through Ecrowd!, of which the funds will be used by its owners for the construction of social housing in Brazil, under the state program "Minha casa, minha vida".
This collective loan will be guaranteed by the income produced by the solar installation, through a "pignoración" or pledge of the credit rights of the energy sales contract to the energy company, Fenie Energía.

What should I do to participate in this collective loan?:

- Register on the Ecrowd! website and upload a copy of your ID (or NIE + passport), current and on both sides, in .pdf or .jpg format, in the "My profile" section.

- Learn about the details of the collective loan in the "Investment guide" page of the project.

- Decide the amount of your investment (minimum of €50, and maximum of € 3,000 for non-accredited investors) and the payment procedure.

- Invite all your friends to also participate in the project, so that it will be sooner completed.

This company has requested on one other occasion the financing of projects in Ecrowd!. Before investing in this project, check if you have previously lent to this company, in order to adjust the diversification of your investment portfolio.

Days of publication of the project on the platform: 36, expandable to 45 if the minimum necessary amount of 90% is not reached to formalize the loan indicated by the current legislation on Participatory Financing Platforms in Spain.

About the Segorsolar solar plant:

The solar plant has a power of 99kWp and consists of 10 trackers of the Spanish brand MecaSolar MS Tracker 10+ of double axis with 66 Wuxi Guofei modules of 150Wp each. Each tracker 3 SMA Sunnyboy 3300 inverters of 3.3kWn.

The facility is located in the municipality of Cella (Teruel), and is part of a set of 360 kWp in total.

The installation has been in operation since 2008. The last inspection carried out by the National Commission of Markets and Competition (CNMC) was carried out on 11/4/2018, with positive result.

The income of the plant is set by royal decree RD413/2014. According to this decree, the plant is classified as type IT-00058, which means it will get a fixed monthly retribution for the investment of 56.723583 €/kW and a retribution for the generated energy of 0.034305 €/kWh. Therefore, the plant receives a fixed compensation of € 5.615,63/month plus the compensation for the produced produced. Condition to receive the remuneration is that the plant produces a minimum of 72,468kWh of energy yearly (until the last known invoice of 2018, November, the plant has produced 143,649kWh).

The plant will continue receiving this regulated retribution until the end of its useful life, which according to RD14/2010 is 28 years, that is until 2036. At the end of the loan, there are still 9 years of fixed compensation. 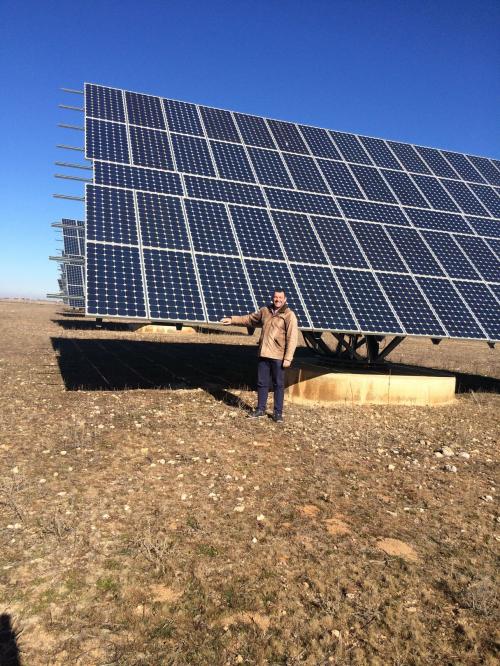 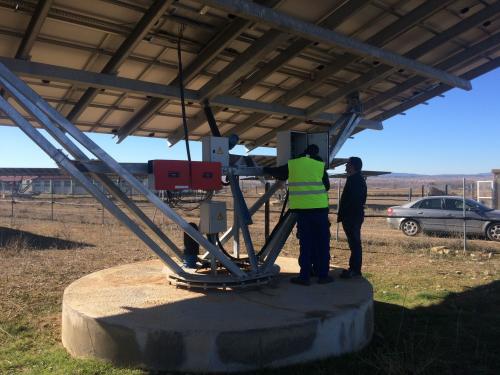 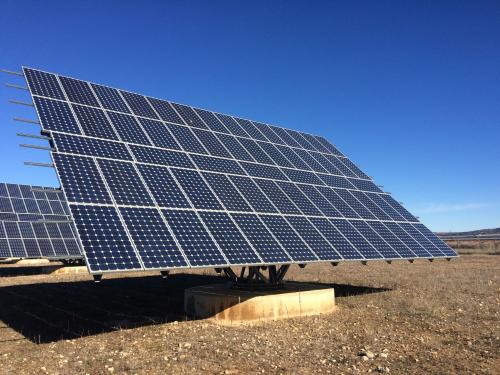 The owners of SEGORSOLAR SL, are also partners of OAKIF, which has developed several social housing construction projects under the state program Minha Casa, Minha Vida in the Natal area in northeastern Brazil. The OAKIF group obtains funds from investors and promotes the construction of homes to be sold at a limited price with the support of the Brazilian government program.

This government program (which name means "My House, My Life") was launched in 2009 as an attempt to solve the housing deficit problem in Brazil. Since then, the program has helped millions of people to acquire a property, at an officially limited price, and is also an important stimulus for the Brazilian construction and economy sector.

The Minha Casa, Minha Vida (MCMA) program was created in 2009 by the Federal Government with the objective of providing affordable housing access conditions for both urban and rural areas. The program works by providing both subsidies and low cost finance to people earning less than three times the minimum wage which enables them to purchase these new affordable homes. Although providing finance for homebuyers, the Brazilian government does not directly fund construction, which is entirely in the hands of independent property developers.  This is where Oak International Finance plays its part by developing projects and selling their houses to those who qualify for the subsidized finance.

Caixa Economica Federal Bank, the 2nd largest state owned financial institution in South America, was appointed to oversee the program and to manage the finance. However, demand has been so great that Banco do Brasil has now been incorporated to assist with the finance management. The program has been hugely successful, by helping to relocate over 4.4 million of Brazil’s poorest families to date, with the ultimate aim of providing 24 million new homes in the coming years, to cope with the ever increasing demand.

Over 80% of Brazil’s population, which is now in excess of 200 million people, qualify for this program under the strict financial criteria. 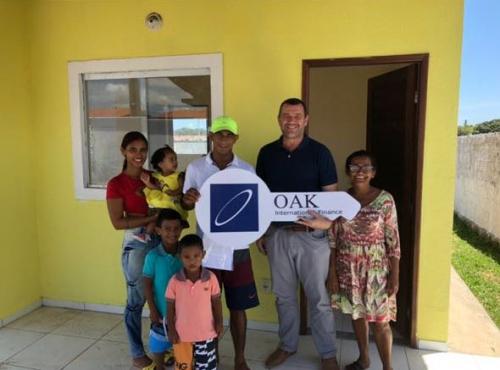 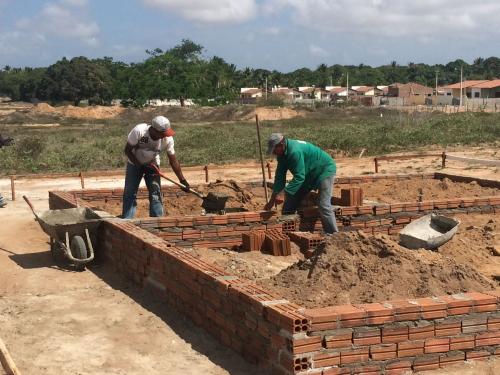 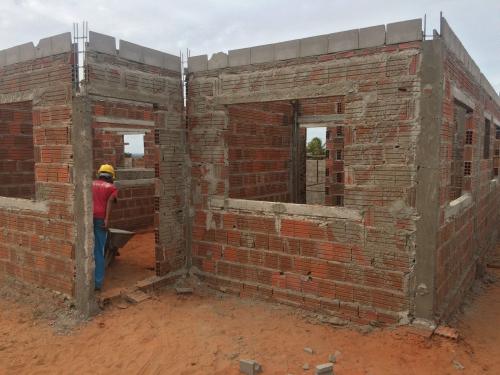 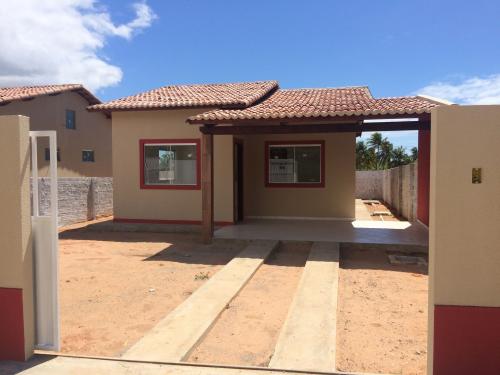 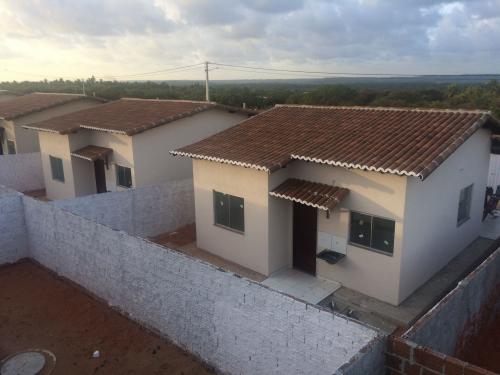 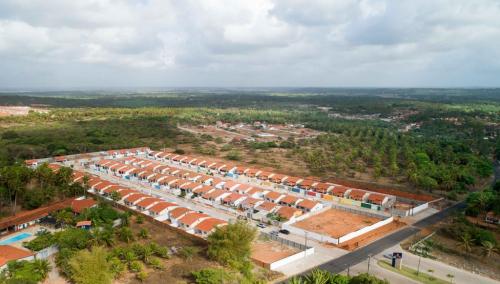 Ecrowd is a regulated crowdlending operator (Plataforma de Financiación Participativa) with a licence from the Spanish Financial Authority (CNMV).

Ecrowd is not an investment services company or credit institution and does not participate in any investment guarantee fund or deposit guarantee fund. The investment projects presented on this platform are not subject to authorization or prior supervision by the CNMV or the Bank of Spain, and the information provided by the developers has not been reviewed by these institutions. All funds are deposited on the electronic payments platform LemonWay payment, which is registered with Bank of Spain. The performance of your portfolio depends on the success of each individual project. There is a risk of total or partial loss of the invested capital, not obtaining the expected financial return and limited liquidity. Carefully read the detailed project information before commiting to any investment. By investing in this project, you expressly state you have received, read and accepted the general conditions of Ecrowd Diversification is the optimal strategy for managing your investment portfolio.

More information: how to invest with Ecrowd


This project is 100% financed and the project details and updates are only accesible to investors that have invested in this project.
Please log in to ask new questions. If you don't have an account, please register here.

There are no updates yet

Thank you for joining us

You have completed your profile

To start investing in projects, pls. upload a copy of your official identity document in your Ecrowd profile